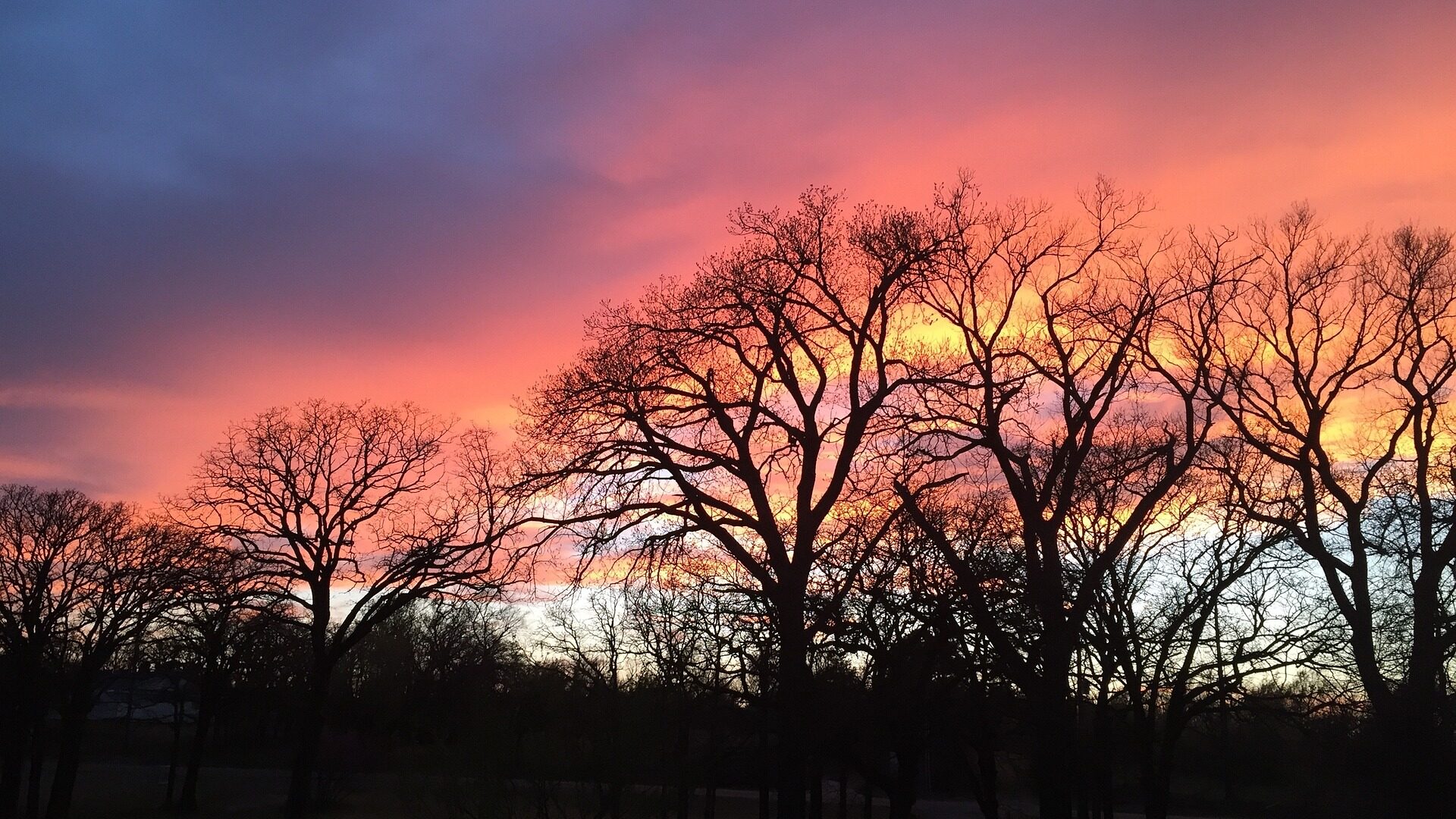 The highest point in the market this year coincidentally fell on the second trading day of the year when the S&P 500 reached $4,818.62. From that point on, the market has been in an overall downtrend. Even though we have been in a downtrend since the second day of the year, we officially did not enter a bear market until June 13th of this year (156 days later as of today (November 16th). Staying invested during a bear market is one of the hardest things you can do, but also one of the most important. Selling investments to get out of the market during a downturn locks in losses and more than likely diminishes your future returns.

Since 1926, the average bear market’s duration has been about 1.2 years, or somewhere north of 400 days.  If you take out the shortest and longest bear markets, the average is just short of a year. Bear markets typically occur every 7.1 years with the last defined bear market (not including the one in early 2020) being the global financial crisis that lasted 1.2 years ending in February 2009. If you don’t count the brief Covid bear market which lasted all of 33 days in the spring of 2020, then you could say the market is long overdue for one. Once a bear market ends, it eventually leads to a new bull market. Bull markets have typically lasted almost 7 years and increased on average by 362% as shown in the chart below:

During bear markets, there tend to be large rallies where everyone seemingly thinks the worst is over only to see the market go down further quickly afterward. When this continues to happen, as it normally does, people tend to panic and want to pull money out of the market.  Volatility is the main component of a bear market.  It’s not only the volatility to the downside but also to the upside. Waves of investors panic sell and panic buy when they lose money.  This year alone there have been 102 days of 1% moves, 38 days of 2% moves, and 10 days of 3% moves. When the market moves higher, most people don’t pay attention but when it moves lower everyone starts to be aware. Bear markets entice you to make a mistake by getting caught up in the day-to-day action and altering your long-term investment plan.

Below is a prime example of why you should not get caught up in the day-to-day action and stay your course. In the last 20+ years, 21 out of the 25 worst trading days were followed, within a month, by one of the best 25 trading days. Missing these few best trading days can dramatically affect your overall long-term returns. If you had $1 million dollars invested in 1999 and left your money invested until 2022 then it would be worth almost $5 million.  But, if you missed the top 10 best positive days during that same timeframe, that investment would only be worth a little more than $2 million. Now let’s say you panicked every time the market went down, and you pulled money out of the market and missed the top 25 positive days of the year; then your $1 million investment in 1999 would basically be flat. 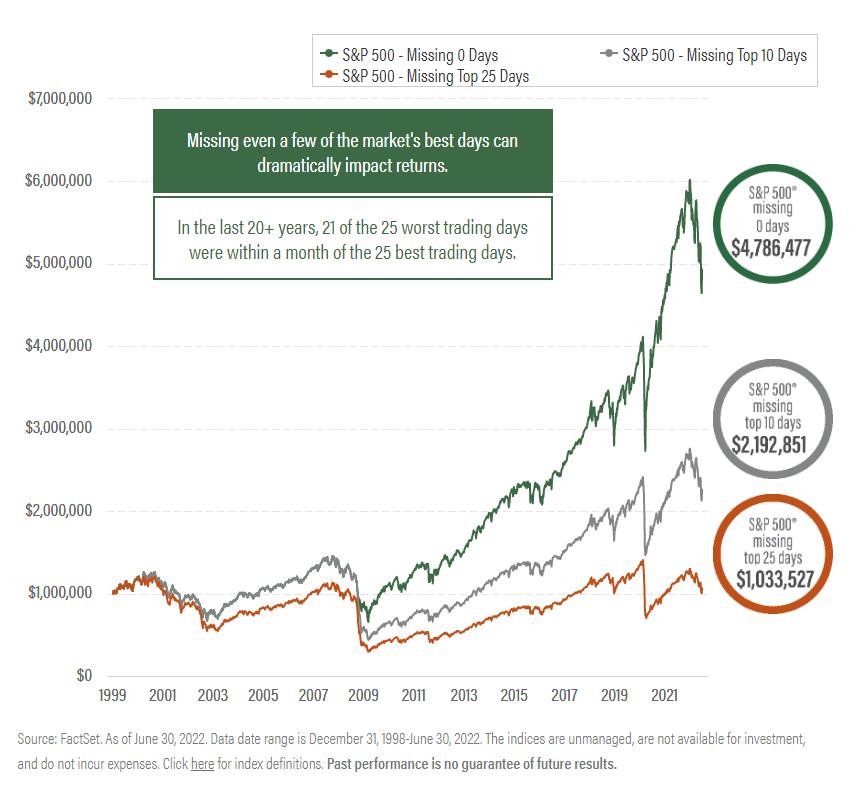 Nobody knows when this bear market will end but you will hear people making predictions every single day. Rather than panicking and pulling money out of the market, now is the perfect time to review your individual situation. Make sure your emergency fund is where you would like it as noted in a previous blog, and if you have a long-term time horizon, then consider even adding to your investments using dollar cost averaging.  Again, nobody knows when this bear market will be over, but the best thing you can do is stay calm and stay invested.

Like this article? Want to learn more about how to manage your personal finances?

Check out our Personal Finance Archives where we’ve compiled helpful tips to help you plan your financial future.