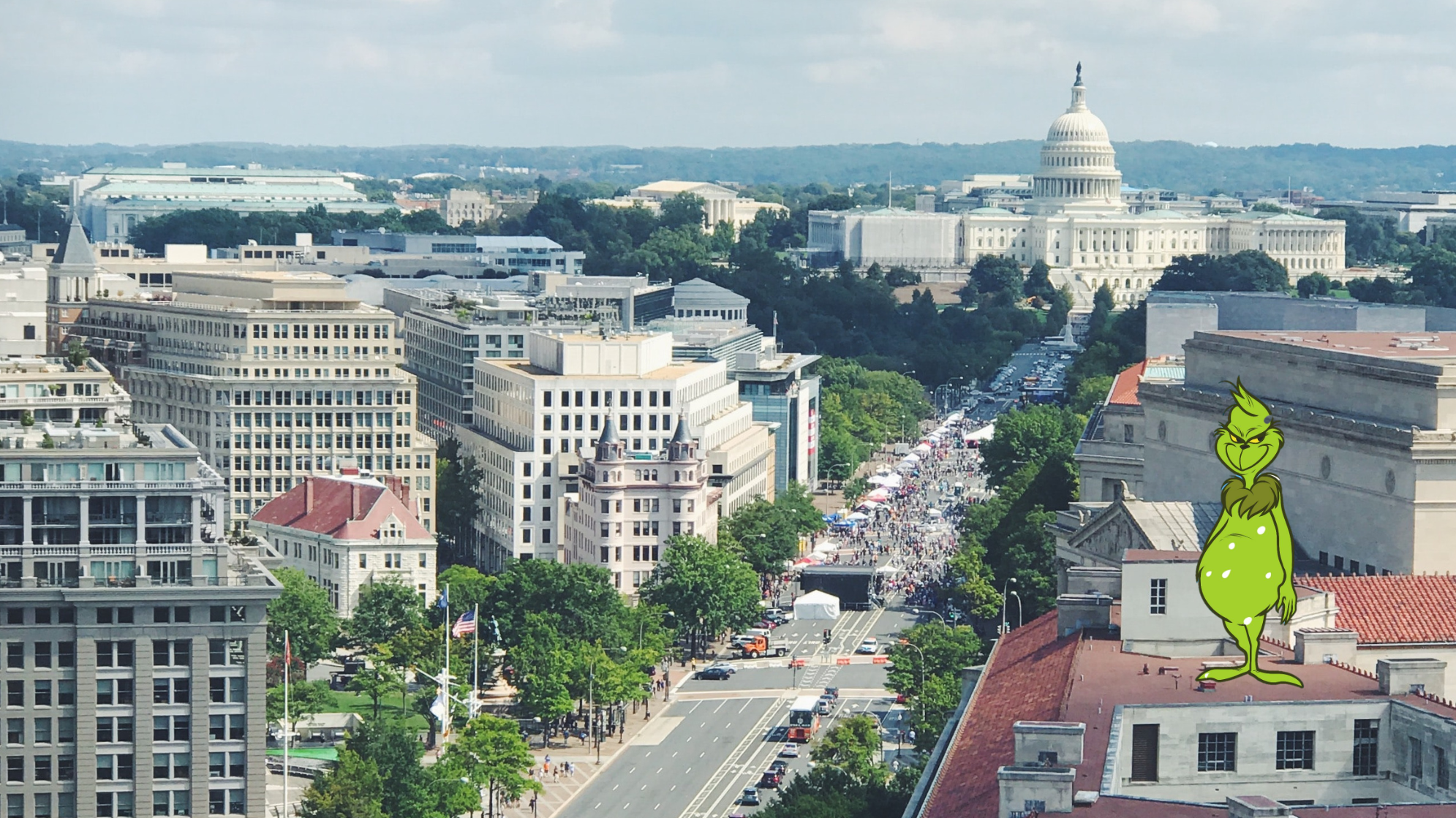 the market
Inflation as the Grinch: a Look Back, a Look Forward
July 22, 2022 By Thomas Talbott
0

As this blog series winds to an end, the fact remains that the Grinch is still alive and wreaking havoc. Economists are pointing fingers at a number of factors, and the debate on what’s causing inflation is fierce. There’s also the question of how the Fed is going to respond to this crisis. We’ll get to all of that, but first, let’s take a look back.

“It’s not really a problem”

Ignoring the obvious, the inflation truth was obfuscated over the last few months. Here’s a brief timeline:

• Early 2021, they first reported that there isn’t any inflation, that it doesn’t exist.

• Treasury Secretary Janet Yellen emphasized on March 8, 2021, “fears that the administration’s $1.9 trillion relief bill could trigger a rapid rise in inflation are misplaced.”

• The Federal Reserve and its leaders reported for much of 2021 that inflation is “transitory,” only here briefly, and limited to sectors hit by the pandemic. But before a Senate Banking Committee on November 30, 2021, Fed Chairman Jerome Powell said it’s time to stop using the word “transitory.”

• In her June 1, 2022 interview with CNN’s Wolf Blitzer, Janet Yellen admitted she was wrong a year ago to misjudge the threat inflation posed.

One could claim that “hindsight is 20/20”, yet even to the untrained eye, the Grinch was easy to spot lurking in the shadows.

Last October, White House Chief of Staff Ron Klain supported Harvard economics professor Jason Furman and claimed that inflation and supply chain delays are “high-class problems.” As a side note, what’s ironic about that statement is that it isn’t the rich who are most affected by the woes of inflation, since they really don’t care about prices; they can easily afford the goods they want. Rather, inflation is a serious concern for the lower and middle classes whose wages may not adjust to account for inflation. So even though workers’ hourly earnings have jumped over the past year, due to high inflation, they can only buy less than they did a year ago.

The inflation mixed messaging continued as those in charge tried to claim that inflation is a good thing. It was often branded as a sign of just how well our economy is doing. Then came the excuses. For example, President Biden in his address to the House Democrats in Philadelphia on March 11 of this year said, “Make no mistake, inflation is largely the fault of Putin.”

It is fundamentally untrue that Vladimir Putin and Russia’s invasion of Ukraine is the sole cause of our inflation woes. Inflation was rising long before Putin amassed his troops on the Ukraine border. Yes, the war has made things worse for most sectors. Let’s not forget, that the headlines screamed of inflation problems months prior.

Inflation is real, and it’s an unprecedented problem for those in charge and the US consumer. According to the latest U.S. Bureau of Labor Statistics data released on July 13, 2022, “The Consumer Price Index for All Urban Consumers (CPI-U) increased 1.3 percent in June on a seasonally adjusted basis after rising 1.0 percent in May … Over the last 12 months, the all items index increased 9.1 percent before seasonal adjustment. The increase was broad-based, with the indexes for gasoline, shelter, and food being the largest contributors.” This is the highest rate in nearly 41 years!

So how does this impact everyday prices? Why does the $12 burger platter at your favorite restaurant now cost $15 and the patty is no longer 8 ounces but 7? Well, it’s because of increased prices for wheat, gas, and labor. There’s much more going on behind the scenes for that succulent hamburger to be served to you than first meets the eye.

With wheat prices disrupted by the war in Ukraine (Russia and Ukraine supply more than a quarter of the world’s wheat), it costs more to feed the steer, process the meat, and make the bun it sits on. That ongoing war has also disrupted global energy markets which have aided in the jump in fuel costs. Record high prices in gas increase transportation costs of the wheat and steer to processing facilities, then on to a distributor, and finally to the restaurant.

Lastly, due to the labor shortage, many businesses need to pay higher hourly rates to keep staff employed.

All this means the restaurant is incurring higher costs for every hamburger it serves. To remain in business, the restaurant needs to pass these increased costs along to the consumer to maintain a sufficient profit margin. Hence, customers are paying more for a smaller hamburger – hello shrinkflation!

There’s a good chance the Federal Reserve will aggressively bring out the torches and pitchforks to try and oust the Grinch. Fed Chairman Powell told congressional lawmakers in June; “We understand the hardship high inflation is causing. We are strongly committed to bringing inflation back down, and we are moving expeditiously to do so.” He further remarked, “We have both the tools we need and the resolve it will take to restore price stability on behalf of American families and businesses.”

The Fed seeks to control inflation through interest rate adjustments. On June 15, the Fed raised rates by 0.75%, the biggest increase since 1994. It is expected that at their meeting later this month, they will again raise rates by 0.75%, and will continue to hike them later this year. This raising of rates is at the fastest pace since the 1980s.

Some have raised concerns that their continued rate hikes could push this economy into a recession without stopping inflation. While Powell wants inflation at 2% and a strong labor market, he acknowledges it will be difficult to achieve. “It is going to be very challenging. It has been made significantly more challenging by the events of the last few months, thinking here of the war and commodities prices and further problems with supply chains. The question of whether we’re able to accomplish that is going to depend to some extent on factors that we don’t control.” Whether we are driven into a recession or not is yet to be seen.

The outlook on inflation in the near term is still bleak due to supply chain issues, printed money, and policies implemented a year ago. It’s still too early to tell when inflation will end. There have been a few promising declines in some indexes, yet not nearly enough to bolster confidence that the light at the end of the tunnel isn’t the Grinch’s sleigh simply running off the rails.

Like this article? Want to learn more about planning for your retirement?

Check out our Retirement Archives where we’ve compiled helpful tips and tricks to help you plan for your future.