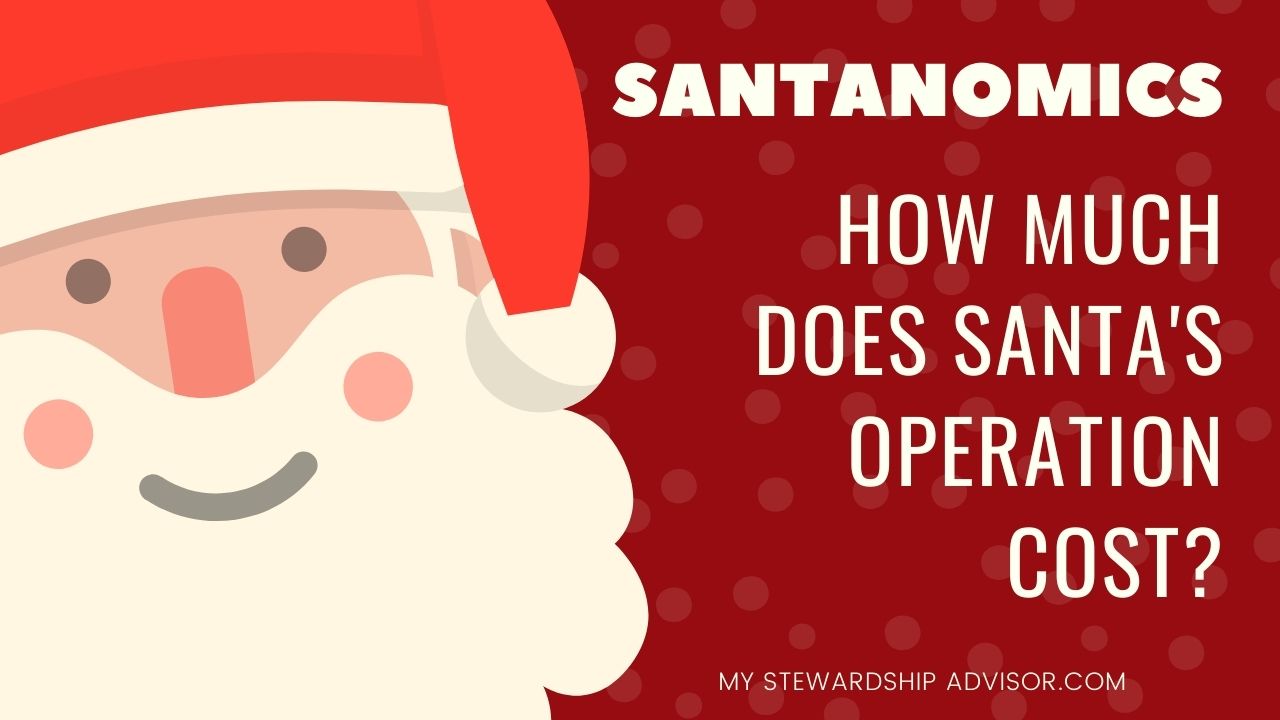 the market
Santanomics – Calculating the Cost of Santa’s Operation
December 23, 2020 By Jonathan Kiehl
0

On the eve of what has become known as the “Santa Claus Rally” – a seven day stretch of general stock market gains starting the last five trading days of December and continuing the first two days of the New Year – what could be more appropriate than to take a closer look at the economics surrounding Santa Claus’s Christmas time operations? After all, with a year like 2020 coming to a close, we could probably all use a bit of year-end levity.

How Much Does Santa’s Operation Cost?

Quantifying Santa’s operations is difficult due to its inherent secrecy, but if we consider the roughly 2 billion children in the world, coupled with the hypothetical amount spent for one child’s Christmas gifts, we are easily talking about a $300-$500 billion annual expenditure. Producing the toys himself, and factoring in any naughty list savings, certainly reduces this estimate, but those savings are offset by labor and storage costs.

Santa no doubt pays the Elves a fair wage, but dentistry aside, working in Santa’s workshop is a dream job compared to the alternatives of making shoes at night or baking cookies in a tree, so few other costly perks would presumably be necessary to make this mutual symbiotic work arrangement a success. Fueled by a strict diet of candy canes, candy corn, and syrup, the elves’ frenetic work ethic and dexterous-sized hands put human production to shame. Aside from a few notable exceptions, such as the TurboMan shortage of ’96, the elves have maintained relative supply and demand equilibrium year in and year out.

Perhaps most impressive, though, is Santa’s distribution process. Even accounting for a 42-hour maximum delivery window with time zone changes, delivering almost a trillion toys in that timeframe is an achievement even Amazon Prime cannot touch. Furthermore, this is all done with a clean, renewable energy mix of reindeer magic and simple Christmas cheer; making it the most efficient, cost-effective part of Santa’s operations.

Where Does Santa Get His Funding?

Despite the efficiencies, there is still an undeniable cost that milk and cookies alone simply cannot repay. So, where does Santa Claus find the funding for a venture of this size and scope? As it turns out, Santa is a master marketer, and for someone who prefers to work under the cover of darkness, he does not shy away from self-promotion. From Mercedes to Coca Cola, he has inked enough endorsement and copyright deals that his image is synonymous with the month of December and beyond. It is no mystery then, how Santa comes by his wealth.

Truly, Santa Claus’ toy giving venture is a remarkable business model, but it is not without potential controversy. As the operator of a pure monopoly in a region free from any governmental oversight, who regularly violates international borders to distribute free gifts to “good” children regardless of social or economic status, Santa Claus clearly provides enough fodder to raise the admiration and ire of capitalists and socialists alike. And yet, he enjoys universal popularity year after year, which is no easy feat in today’s political environment. I have no idea what the market will do during this year’s “Santa Clause Rally,” but I remain a strong “buy” on Santa Clause himself.